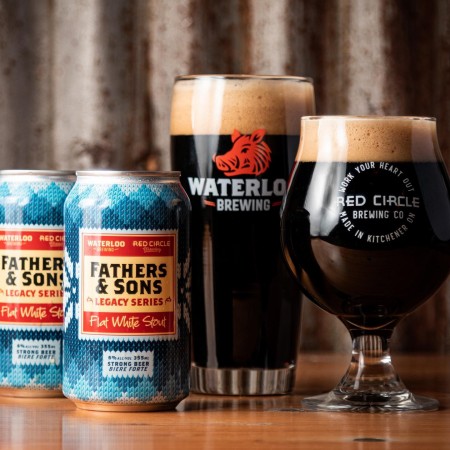 KITCHENER, ON – Red Circle Brewing and Waterloo Brewing have announced the release of the latest beer in its Fathers & Sons collaboration series, so named due to the familial connection between Waterloo’s president & CEO George Croft and Red Circle’s co-founder & brewmaster Brett Croft.

Flat White Stout (6% abv) is named after the popular coffee drink, not the beer’s colour, and features “an oatmeal stout base [that] is rounded out with lactose and cacao nibs, then conditioned on whole coffee beans.”