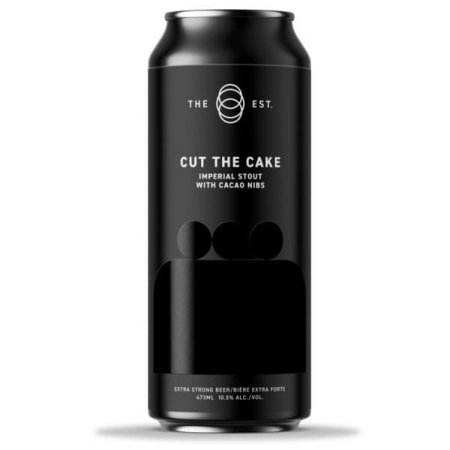 CALGARY, AB – The Establishment Brewing Company has announced the release of a new collaboration with Duchess Bake Shop.

Cut the Cake Imperial Stout with Cacao Nibs (10.5% abv) is described as follows:

For this, the debut of our new Imperial Stout series, we partnered with fellow Alberta business and Taste Canada Awards winner, Duchess Bake Shop. Deliciously inspired by their signature chocolate cake, Duke Cake, the addition of cocoa nibs to this stout means it tastes just as decadent as we’d dared dream it would. Velvety and viciously viscous, this stout is well-balanced, pleasantly sweet, with a little lovin’ on the side. It’s far more similar to a modern pastry stout than a bitter Russian’s take on the style, though we trust the name already gave that away.

Cut the Cake is available now at the Establishment retail store and online shop.