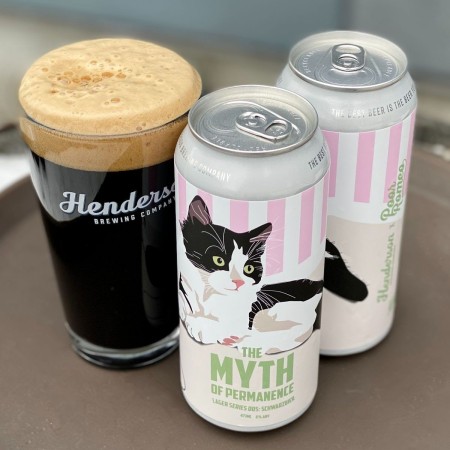 The Myth of Permanence 005: Schwarzbier (6% abv) was developed in partnership with Poor Romeo Bar, and is described as follows:

Crisp and clean, with chocolatey roasted malts, this beer is purr-fect for February. Cute cats and delicious beer, what more do you need? This beer is a winner – and we aren’t kitten around! Featured on the can is Tony, our Art Director’s cat Fig, and just like Fig, this beer won’t sit still for long. Get some before it escapes!

Schwarzbier is available now at the Henderson Brewing retail store and online shop.