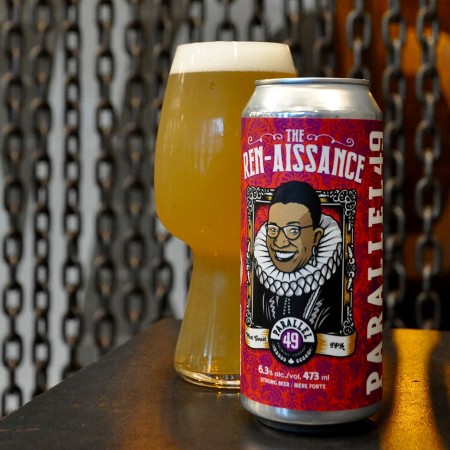 VANCOUVER, BC – Parallel 49 Brewing has announced the release of a new collaboration with Ren Navarro of Beer. Diversity.

The Ren-aissance (6.3% abv) is described as follows:

Ren loves old school IPAs, majored in English literature (whassup, Shakespeare?), and believes that we can all do and be better. The Ren-aissance is a West Coast IPA featuring a whole lotta hop with tasting notes of pineapple, lime, mango, lychee, and coconut. With a 6.3% ABV, this firmly bitter brew will stop you in your tracks to make you think, “How did I get here?” A great question to ask yourself every once in a while! Enjoy a light, crisp, grainy, and bready malt, dry finish, and a lingering citrus flavour.

The Ren-aissance is available now at the P49 retail store. Proceeds from its sales will support the Hogan’s Alley Society, a “non-profit organization composed of civil rights activists, business professionals, community organizations, artists, writers and academics committed to daylighting the presence of Black history in Vancouver and throughout British Columbia.”