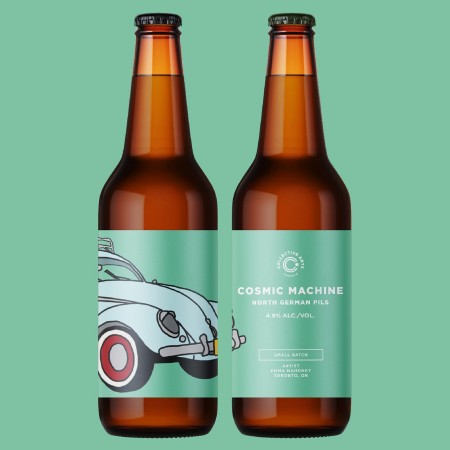 Most beer lovers already know that the Pilsner style originated in the Czech city of Pilsen (or, Plzeň). But a little further north, German brewers have taken to putting their own spin on the classic Pils! Crisp and crushable, Cosmic Machine is a North German-style Pils, delivering a firmer bitterness than its compatriots further south and a ton of flavour from 2020 harvest Mittlefruh and Hersbrucker hops.

Cosmic Machine is available now at the Collective Arts online shop, and its brewery retail stores in Toronto and Hamilton.