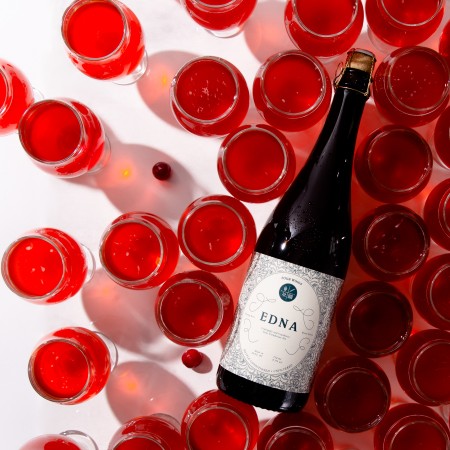 DELTA, BC – Four Winds Brewing has announced the release of an annual winter favourite.

Edna is one of our most popular cork-and-cage 750 mL releases every year, and this year will surely follow suit. Its dry, tannic character is highlighted by the subtle tart flavours of both crabapples and cranberries, making for a satisfyingly balanced Sour Farmhouse Ale. Perfect to enjoy right away or cellared for an enhanced flavour profile.

Edna is available now in 750 ml bottles at the Four Winds retail store and online shop, and soon at select private beer retailers in British Columbia.