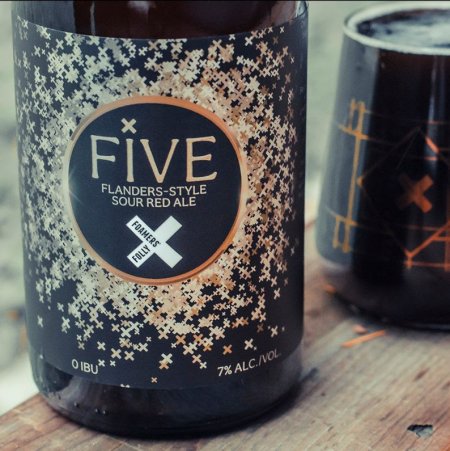 PITT MEADOWS, BC – Foamers’ Folly Brewing has announced the release of a new limited edition beer to mark its 5th anniversary.

Inspired by the traditional brewing methods from Belgium’s Flanders region, FIVE was brewed and blended to create this rich and fruity sour beer. We combined ales aged in our foeders for eighteen months before refermenting the blend on cherries and raspberries. This process has resulted in a very complex and acidic beer, with notes of dark fruit, spicy oak, and chocolate.

FIVE is available now at the Foamers’ Folly retail store and online shop, and at select beer retailers in British Columbia.