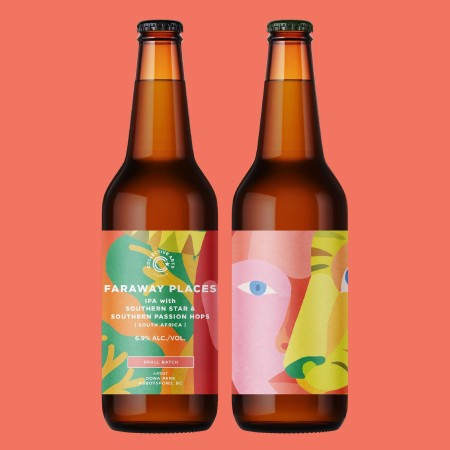 Travelling isn’t exactly in the cards for most of us right now. So we made an IPA to help take your mind to some far-off destinations! We brewed Faraway Places IPA with two South African hops known for their fruit-forward profiles. Expect big notes of tropical fruit, green strawberry and melon from the flavourful combo of Southern Star and Southern Passion hops – a well deserved break from an Ontario winter.

Faraway Places is available now at the Collective Arts online shop, and its brewery retail stores in Toronto and Hamilton.