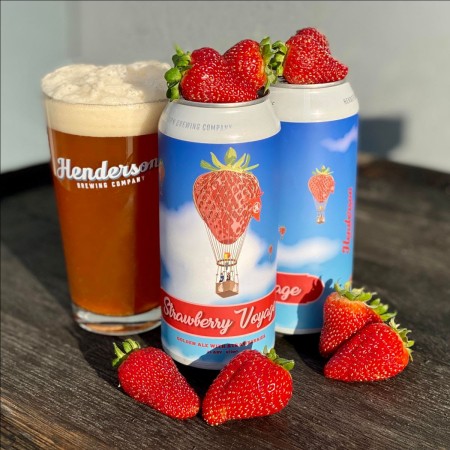 TORONTO, ON – Henderson Brewing has announced the release of a new one-off beer that will have you “dreaming of sunshine and spring”.

Assuming you’re not afraid of heights, and aren’t too busy for a little adventure once in a while, it appears we’ve brewed a beer just for you: a harmonious marriage of fresh strawberries and pale malts in a fruit-forward ale. We used 100% pure strawberry juice so you might notice some pulp and sediment – pour this one gently!

Strawberry Voyage is available now at the Henderson retail store and online shop.