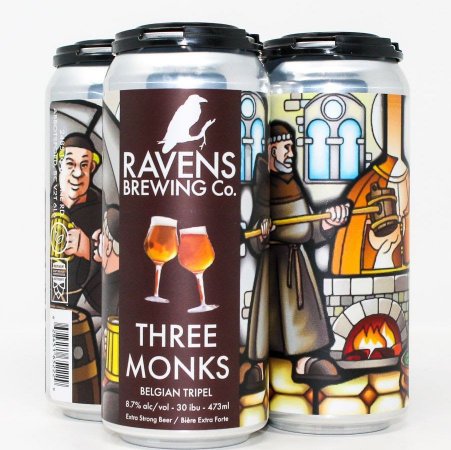 ABBOTSFORD, BC – Ravens Brewing has announced the release of its latest limited edition ale.

Three Monks Belgian Tripel (8.7% abv) is the first Tripel that the brewery has released since its Second Anniversary Tripel in 2017, and is described as follows: