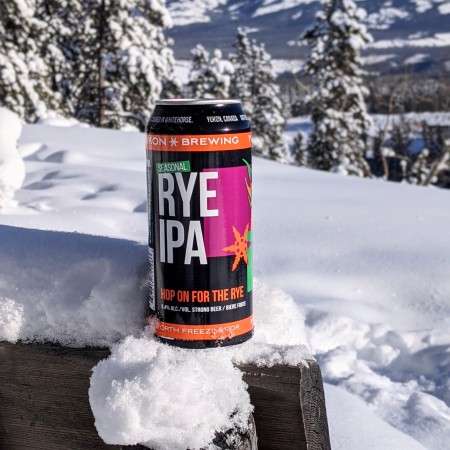 WHITEHORSE, YK – Yukon Brewing has announced the release of its latest seasonal ale.

This Rye IPA has fresh earthy, fruity and lemon citrus notes. It was dry-hopped with Simcoe, Centennial and Cascade so it has an equally vibrant nose to match the palate. Nice hop aromas and flavours are backed up by a smooth light spice from the rye malt body.

Rye IPA is available at the Yukon Brewing retail store and online shop, and select beer retailers in the Yukon, Alberta, and British Columbia.