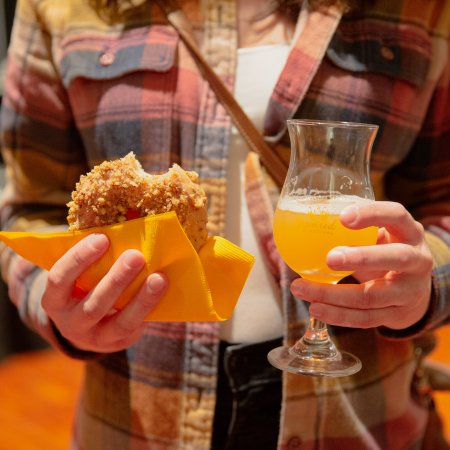 SURREY, BC – The organizers of Hopwired, an annual event that features collaborations between craft brewers and artisan coffee roasters from British Columbia and elsewhere, have announced that its 2021 edition will be taking a new format online, and will be raising funds for a worthy local charity.

Hopwired: Death by Donuts – so named due to expansion of the festival’s focus beyond coffee and coffee-flavoured beers to include pastry beers – will be streaming on Saturday March 6th starting at 7:00 PM PST, and will offer live music and comedy along with appearances by breweries and coffee roasters from across North America.

The event will be hosted by Ed the Sock, and will feature musical performances by Daniel Wesley and Tonye Aganaba, and comedy from Graham Clark.

While admission to the livestream will be free, viewers will be encouraged to support Surrey Food Bank through a live silent auction.

The official beer of Hopwired: Death by Donuts is a coffee milk stout with Ferrero Rocher donuts that is being brewed by Silver Valley Brewing in collaboration with Smoking Gun Coffee and Royal City Donuts.