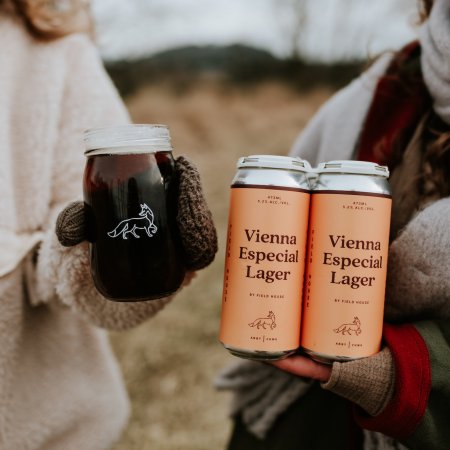 ABBOTSFORD, BC – Field House Brewing has announced the release of a new limited edition lager.

The Vienna Lager Style nearly disappeared in the 19th century only to be brought back to popularity in Mexico by Austrian immigrants. Our Vienna Lager follows this tradition, featuring authentic Vienna malt, a touch of chocolate malt, flaked maize, and floral German hops. We fermented cool and slow for a crisp, clean, easy-drinking lager, yet also nuanced and refined.

Vienna Especial Lager will be released on Thursday February 18th, and can be pre-ordered now via the Field House online store.