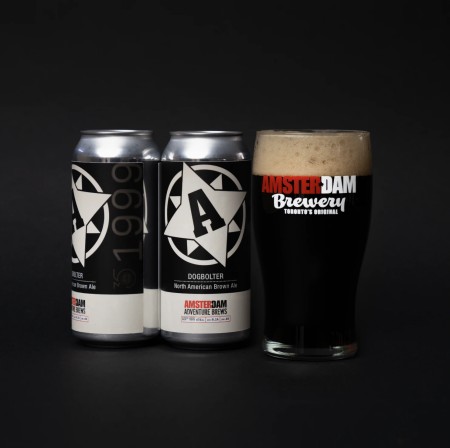 TORONTO, ON – Amsterdam Brewery has announced that it will be celebrating it’s 35th anniversary in 2021 with a series of “greatest hits” beers that will be released under its Adventure Brews label throughout the year.

First up in the series is Dogbolter North American Brown Ale (6.1% abv):

This is a throwback brew that originated as one of the first beers ever to be brewed at the Amsterdam Brewpub at King & Portland in the 90s. We’ve put our own new twist on it to make it a North American style brown ale that balances biscuit, lightly roasted coffee and caramel malt flavours while including aromas of piney citrus notes.

Dogbolter is available now at both Amsterdam retail shops, and via the brewery’s online store.