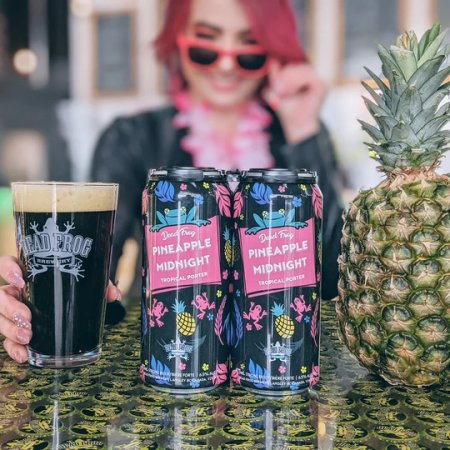 LANGLEY, BC – Dead Frog Brewery has announced the return of a popular late winter seasonal.

Pineapple Midnight will be released tomorrow (February 19th) at the Dead Frog tasting room and online shop, and is also shipping now to select liquor stores in British Columbia.