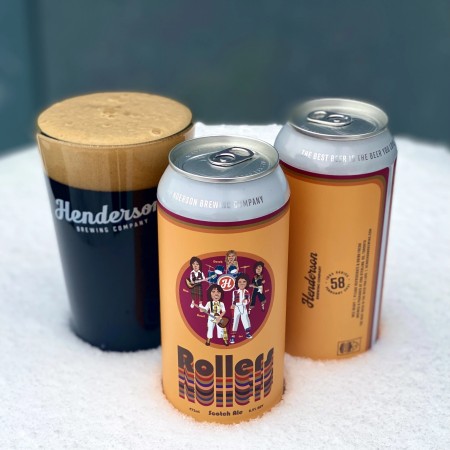 TORONTO, ON – Henderson Brewing has announced details of latest in its monthly Ides Series of limited edition beers, with this month’s instalment commemorating an big moment in Toronto’s pop music history.

45 years ago Scottish pop band The Bay City Rollers came to town. Over 65.000 people, decked out in tartan capri pants and scarves, jammed into Nathan Phillips Square, to see the teen heartthrobs who were riding high on their #1 hit single, “Saturday Night”. This Scotch Wee Heavy Aged on Maple Wood is rich and malty with strong notes of maple. This is one that will have your feeling like any night is S-A-T-U-R-D-A-Y night!