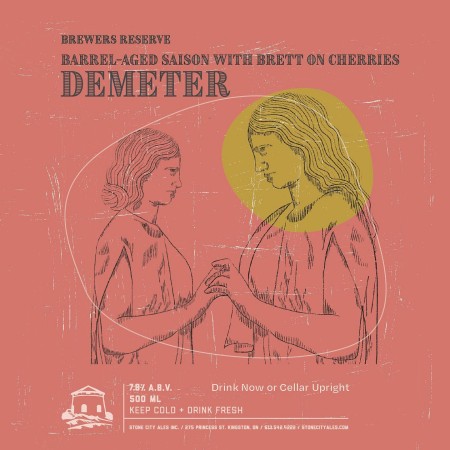 KINGSTON, ON – Stone City Ales has announced the release of the latest in its Brewers Reserve series of limited edition beers.

Demeter Barrel-Aged Saison on Cherries (7.8%) is described as follows:

We brewed a saison (known for spicy and fruity notes), then aged the beer for more than 18 months in Pinot Noir barrels sourced from the Niagara Peninsula. Brettanomyces Claussenii was also added, giving added complexity and the telltale notes of pineapple and hay. After emptying the barrels, the beer was transferred onto cherries, yielding a fruity yet tart flavour and adding a pretty colour to the beer.