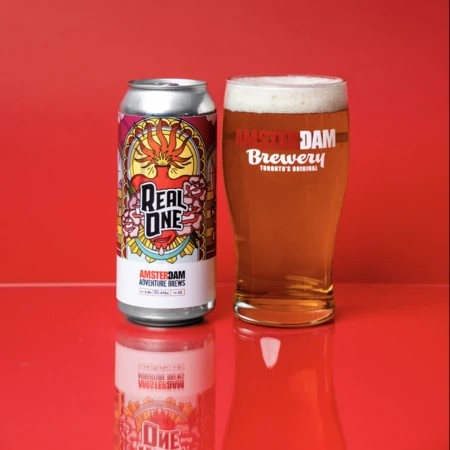 TORONTO, ON – Amsterdam Brewery has announced the release of a new beer to celebrate the release of the latest album by Toronto rock band Sam Coffey & The Iron Lungs.

Real One (5% abv) is described as a “pale amber lager [that] balances aromas of orange peel and lime citrus with notes of fresh whole wheat bread.”

Real One – the beer – is available now at both Amsterdam retail shops, and via the brewery’s online store.

Real One – the album – is out now on Dine Alone Records.