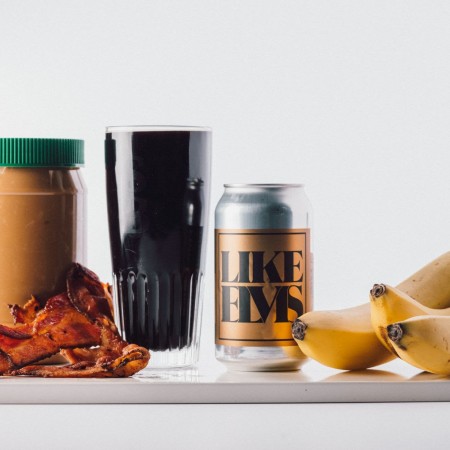 KITCHENER, ON – Short Finger Brewing has announced the release of the latest in its Darkest Timeline series of limited edition stouts.

Like Elvis (10% abv) is an Imperial Stout brewed with peanut butter, bacon, and banana, and is described as follows:

To no one’s surprise, there is a lot going on here. The beer is big but doesn’t taste hot. The peanut butter comes off the nose predominantly, with banana making an appearance mid palate and mixing with a salty bacon savoury note. Huge body and big flavour. Like Elvis.

Like Elvis is available now in the Short Finger retail store and online shop. For more details, see the blog post about the beer on the brewery website.