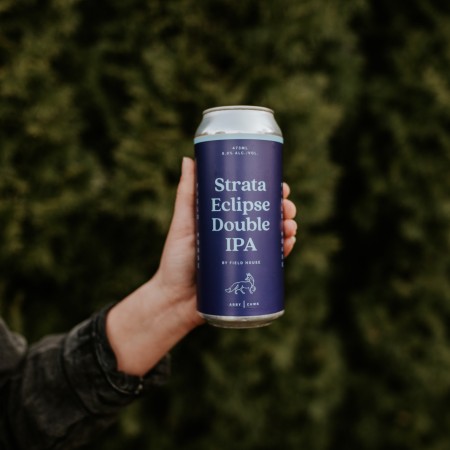 ABBOTSFORD, BC – Field House Brewing has announced the release of a new limited edition ale.

We loaded up on some of the newest hop varieties to create something new, bold, and delicious. This DIPA is dry-hopped with new Australian Eclipse hops featuring notes of mandarin orange and fresh pine, which we paired with the extremely aromatic Strata and Citra for a hop punch in a drinkable double IPA.

Strata Eclipse will be released on Thursday February 25th, and can be pre-ordered now via the Field House online store.