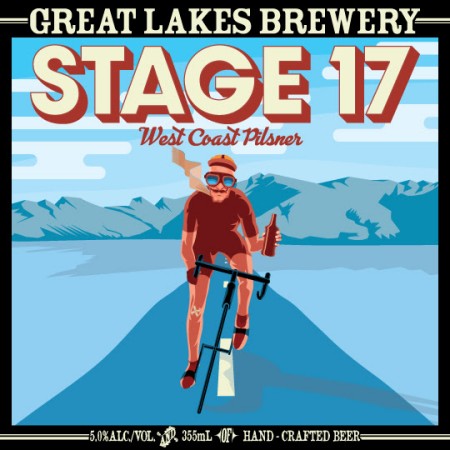 TORONTO, ON – Great Lakes Brewery has announced the release of “a beer for the cyclist in you.”

Long before the Tour de France became the massive event it is today, riders would often stop in towns to grab s­ome food and drink to keep them going. On the penultimate day (stage 17) the peloton would all stop mid-ride to enjoy some cheese, bread, wine and beer before continuing on to the finish line. Smart, those folk. We designed this modern take on a traditional Pilsner with those simpler times in mind. A chance to reward yourself for finishing that bike ride, run, swim, potato sack race, or any other goal you’ve achieved. You’ve made it to Stage 17! Now enjoy this crisp and refreshing Pilsner. You’ve earned it.