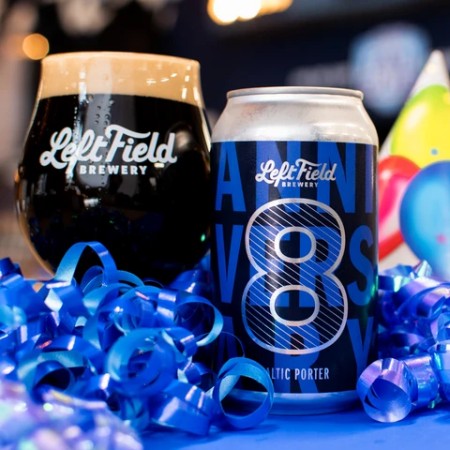 TORONTO, ON – Left Field Brewery has announced the release of a (slightly late) beer to mark its 8th anniversary.

Anniversary No. 8 Baltic Porter (9.5% abv) is described as follows:

We typically like to brew something special for our annual Fan Appreciation weekend – this year we’re fashionably late to our own (virtual) party (the yeast will not be rushed), but better late than never and Anniversary No. 8 deserves a dramatic entrance! Smooth and full-bodied, with aromas of plum, raisin and dark fruits, this Baltic Porter has notes of toffee and a touch of dark chocolate bitterness. It pours a deep ruby brown, with a thick tan, creamy head, and it’s our way of thanking you for 8 years!

Anniversary No. 8 is available now at the Left Field retail store and online shop.