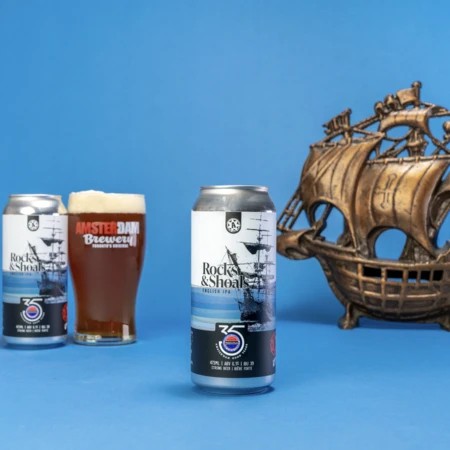 TORONTO, ON – Amsterdam Brewery has announced the release of its latest limited edition Adventure Brew.

This amber English style IPA pairs aromas of red currant and blackberry with a biscuit maltiness that comes from using a variety of British malts. Finishes with a refreshing and balanced bitterness.

Rocks & Shoals is available now at both Amsterdam retail shops, and via the brewery’s online store.