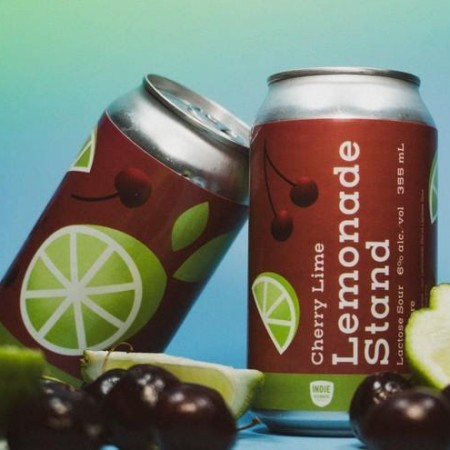 TORONTO, ON –  Indie Alehouse has announced the release of a new variant on its Lemonade Stand sour ale.

A spin off of our original lemonade-inspired sour – but we added Cherries & lime! Dry hopped and brewed with lactose and Meyer lemons, this brew has a bright lemony tartness with a flavourful kick.