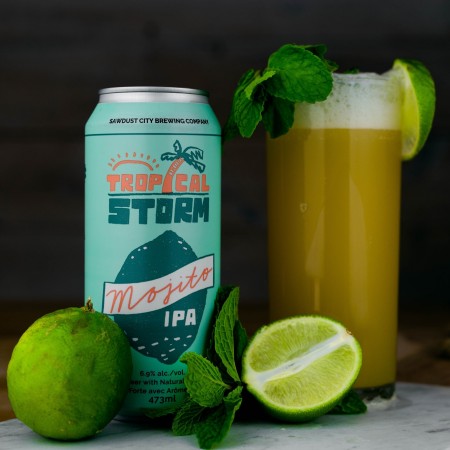 GRAVENHURST, ON – Sawdust City Brewing has announced the release of the first in a new series of cocktail-inspired IPAs, and the final version of a strong IPA that has gone through several trial iterations.

Tart, citrusy lime leads the way, with cool waves of mint bringin’ the summer vibes. Juicy hops through the middle, and soft creamy palate through to the finish, this IPA has it all. Get ready, cause who knows what the Storm will blow in next! 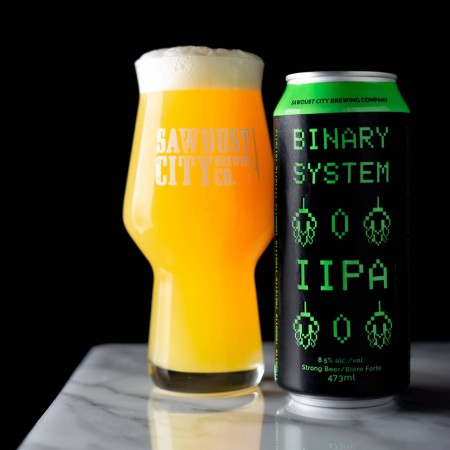 Binary System IIPA (8.5% abv) follows four limited edition versions, each of which was brewed with two different malts and two different hops. This final edition was made with Mosaic & Chinook hops and Canadian 2-Row & Wheat malt, and has the following notes:

Impenetrably hazy with a rich, creamy head, Binary System has bright aromas of citrus that greet you on the nose, followed by herbal tropical flavours melded with spicy pine notes. Big, juicy hops beckon you in, and are accompanied by a silky body and clean, luscious finish.

Both beers are available now at the Sawdust City retail store and online shop, and soon at select LCBO locations throughout Ontario.