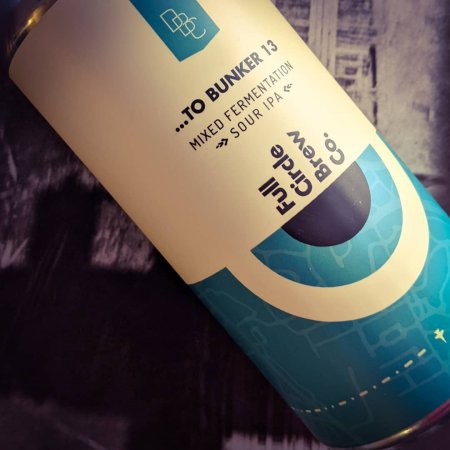 CALGARY, AB – The Dandy Brewing Company has announced the release of a new beer created as a remote collaboration with Full Circle Brew Co. in Newcastle, UK.

…To Bunker 13 Mixed Fermentation Sour IPA is described as follows:

Hugely aromatic with beach-dreaming tropical fruits and citrus, the tartness on the pallet is assertive with hits of lemon, balancing out with sweet malt notes. It all evens out with earthy and clean fruit notes that blend perfectly with a funky hoppiness from the mixed fermentation.

The name pays homage to a strong bond between Calgary and Newcastle: WWII fighter pilots. Calgary was a center for the Commonwealth Air Training Program, with both fighter and bomber pilots being trained all over southern Alberta. Bunker 13 was a fighter command bunker in Newcastle, in charge of the skies over the Northern end of the UK.

…To Bunker 13 will be officially launched tomorrow (February 26th) at both breweries, and will also be featured in an online tasting event on March 13th with representatives from Dandy and Full Circle on hand to discuss the beer. More details on the tasting event will be announced soon.