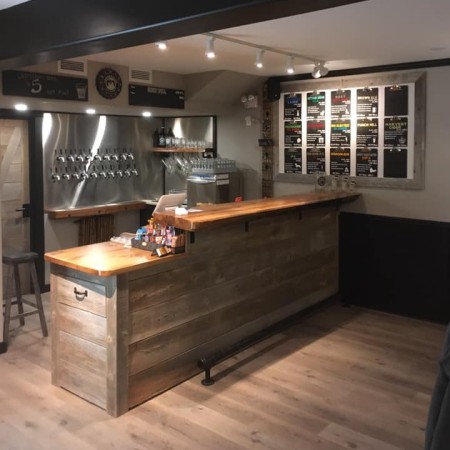 BERWICK, NS – Approximately a year-and-a-half after opening its original brewery location, Smokehouse Nano Brewery has announced the launch of a spin-off taproom and retail store in downtown Berwick, a small community in Nova Scotia’s Annapolis Valley.

Situated a short walk from the brewery, the new spot features 12 beers on tap, with most also available in cans and growlers to go. The taproom also offers light snacks, with patrons welcome to bring in most substantial meals from local restuaurants.

The Smokehouse Nano Brewery taproom is located at 134 Union Street in Berwick, and is open from 12:00 noon to 6:00 PM on Sunday to Tuesday, and 12:00 noon to 8:00 PM on Wednesday to Saturday. For more details, see the brewery’s website and Facebook page.