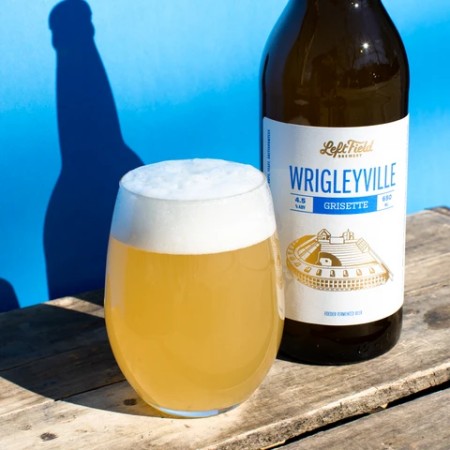 TORONTO, ON – Left Field Brewery has announced the release of its latest limited edition foeder-fermented beer.

Established in 1914, Wrigleyville consists of the block of Chicago that is bound by Clark, Addison, Waveland, and Sheffield streets and is home to one of America’s oldest and most famous ballparks. Wrigleyville Grisette is like spring in Chicago: complex and ever changing. It’s dry, refreshing, bitter and funky with a creamy yet light body and the colour of an early spring sun. Notes of honey, lemon, dried apricots, hay, and a touch of white pepper and oaky vanilla are topped off with a light foamy head.