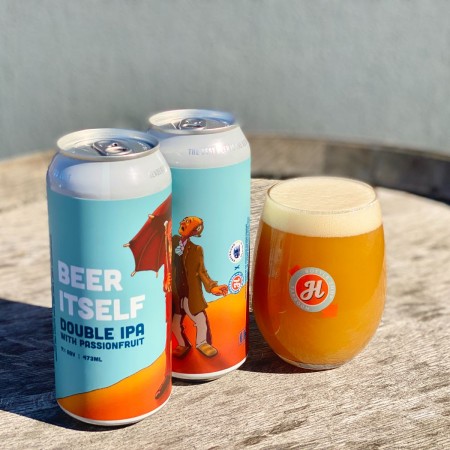 TORONTO, ON – Eastbound Brewing and Henderson Brewing have announced the release of a new eastside-meets-westside crosstown collaboration.

Beer Itself Double IPA with Passionfruit (9% abv) is described as follows:

Beer Itself is fermented on Kviek Yeast and is intensely hopped with Centennial, Sabro, Azacca, and Strata. We thought that wasn’t enough, and added a healthy dose of passion fruit for good measure. Sitting at 9% ABV, this drinks dangerously quick with big notes of coconut, pineapple, citrus, pine, and passion fruit (right).