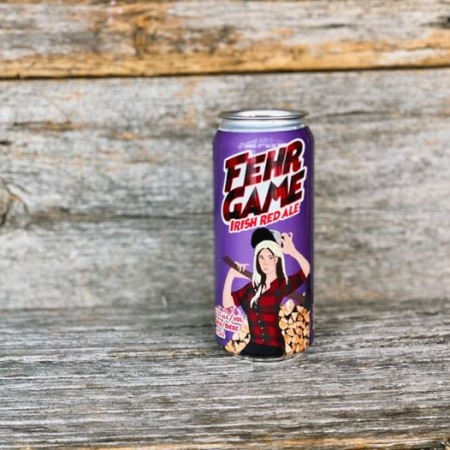 Amanda wanted to create a brew that screamed strong. Leaving the mainstream, female oriented pink, fruity bevs aside and releasing a this strong, dark, Irish red ale made with honeysuckle and bourbon soaked chips. Not only was this brew created by Amanda, but it was conceptualized with help from our production manager at the time, Heather Clark, and is a crowd favourite for both its meaning and flavour amongst all the women working here at the brewery.

Fehr Game will be released tomorrow (March 5th) at the Railway City retail store and online shop. A virtual launch event will take place at 5:00 PM on Instagram Live with Amanda and guest Dani Bartlett from United Way talking about the beer and International Women’s Day.