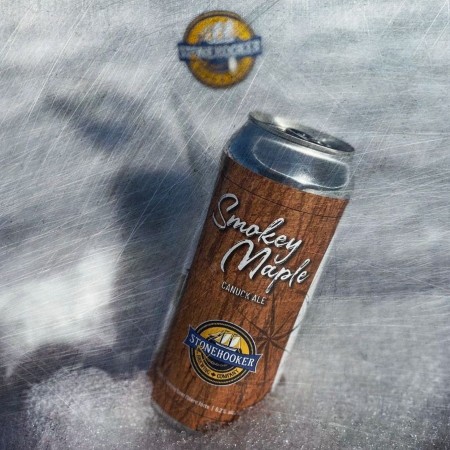 MISSISSAUGA, ON – Stonehooker Brewing has announced the release of a new seasonal beer that celebrates a Canadian late winter tradition.

Indigenous peoples living in northeastern North America were the first groups known to have produced maple syrup and maple sugar. According to aboriginal oral traditions, as well as archaeological evidence, maple tree sap was being processed into syrup long before Europeans arrived in the region. Walk by the kettle and you’d get the aromas of smoke and syrup. We wanted to try to capture this in a beer. We talked with Chad at Jakeman’s Maple Products in Beachville, Ontario about our thoughts and he was all in for supplying the dark maple syrup we used in this brew. Pouring the same colour as the syrup we used, this beer has a great balance between the smoke from the peated barley and the maple flavour from the syrup.

Smokey Maple is available now at the Stonehooker retail store and online shop.