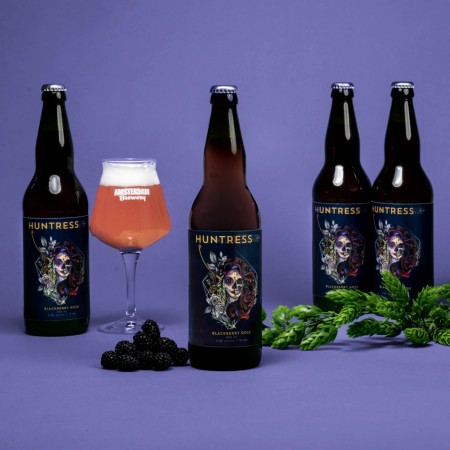 TORONTO, ON – Amsterdam Brewery has announced the release of a limited edition beer created by the women of the brewery for International Women’s Day.

A fruited German-style Gose made with pink Himalayan sea salt and freshly crushed coriander. A refreshing tartness and salinity is balanced by the sweeter citrus notes of blackberry.

Huntress Blackberry Gose is available now at both Amsterdam retail shops, and via the brewery’s online store.