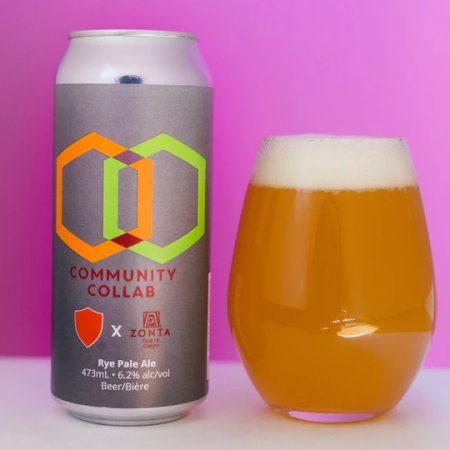 Zonta is a wonderfully drinkable hazy pale ale. It’s fruity with a refreshingly bitter finish. The rye rounds out the juicy hops, giving this brew a firm body and touch of spice in the finish.

Zonta Rye Pale Ale is available now in the Royal City retail store and online shop, with 50 cents from each can sold going to Zonta Club of Guelph, an organization that “works to advance the status of women and children though advocacy and support, and works with groups such as Guelph-Wellington Women in Crisis, Victim Services, The Sexual Assault and Domestic Violence Program as well as Michael House.”