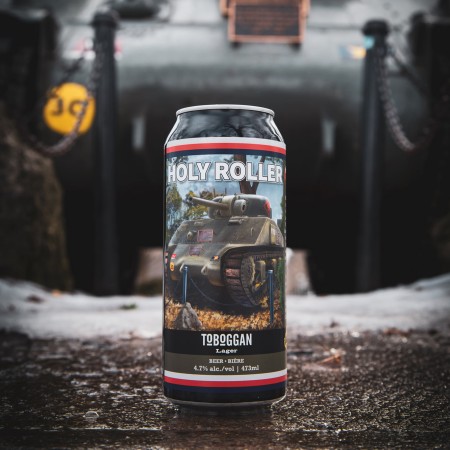 LONDON, ON – Toboggan Brewing has announced the official release of a beer to raise funds for an iconic part of local military history.

Holy Roller Lager (4.7% abv) is named in honour of The Holy Roller, one of only two Canadian tanks that landed at Normandy in World War II and stayed in operation until the end of the war.

Now located in London’s Victoria Park, the Sherman tank is set to be removed by crane this summer to be taken in for refurbishment, and will be returned in time for the 150th Anniversary of the 1st Hussars Calvary in 2022.

Available at the brewery retail store and online shop since January, Holy Roller Lager is now in stock at select LCBO locations. $3 from each case sold will be donated to the Holy Roller Memorial Preservation Project.