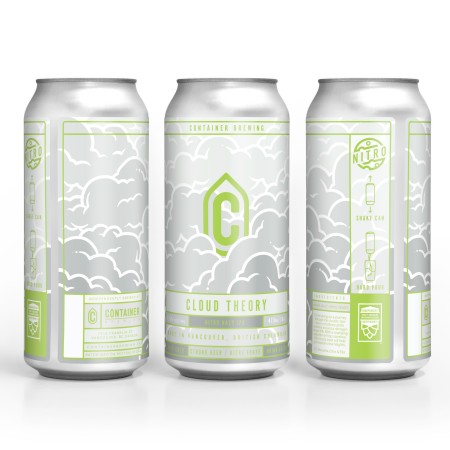 VANCOUVER, BC – Container Brewing has announced the release of a new edition of a beer originally available late last year.

Our journey through the clouds continues. Our theory of pillowy pints revolves around a nitrogen dosed IPA. Through a changing selection of hop varieties, this cloudy treat will help you explore new heights. V2: Motueka, Citra, Ella.

Cloud Theory V2 will be released on Thursday March 11th at the Container retail store and online shop, and soon after at select private liquor stores.