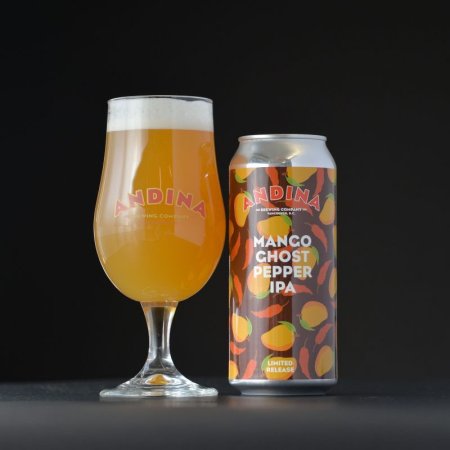 VANCOUVER, BC – Andina Brewing has announced the release of a new and fiery limited edition beer.

Extraña means strange or odd in Spanish because of the singularity of this beer. We have gotten a massive amount of requests to brew another hot pepper IPA and we aim to please! This beer is loaded with Mango goodness and backed with a moderately hot pepper heat along with a generous hop addition all in a low bitter IPA, making this batch delicious yet unique India Pale Ale that you will not find anywhere else.