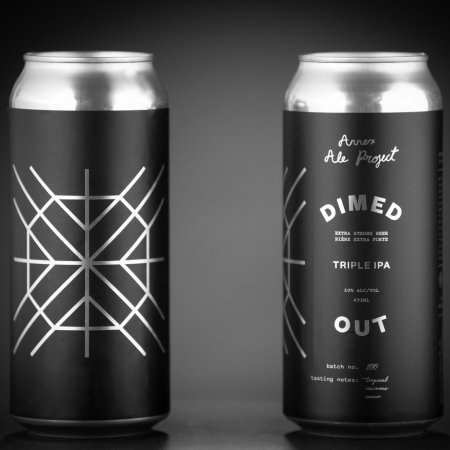 CALGARY, AB – Annex Ale Project has announced a special release to celebrate the brewing of its 100th batch of beer.

Dimed Out Triple IPA (10% abv) is described as follows:

We’ve been cranking it up since day one, and we finally gone dunnit – we hit one hunnit. We’re not about time outs, we prefer things Dimed Out. In fact, we spent the last 4 years trying to dull your taste buds in anticipation of this maxed-out milestone beer. Since we had to can our self-congratulatory “100th beer party”, we did so literally – hopping a rager with Strata, Galaxy, Idaho 7, Simcoe, and HPA016. Booze dial got turned up to 10% ABV and the lab clocked it in at 133 IBU. To up the gimmick factor, every Annex icon is a sticker you can throw on your growler, bike, or beer fridge. They’re damn near impossible to get off the can. But should you succeed, you will be rewarded with one of twelve Annex-style platitudes. You could collect all twelve, but probably shouldn’t.

Dimed Out is available now at the Annex retail store and online shop.