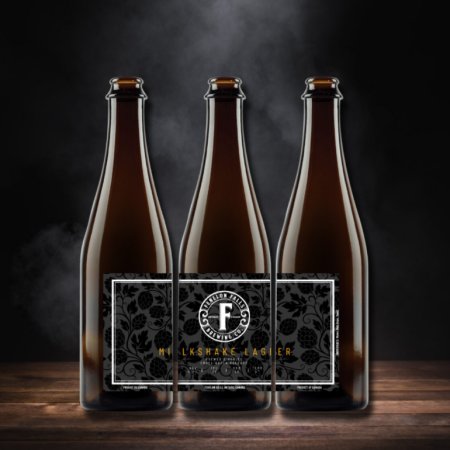 FENELON FALLS, ON – Fenelon Falls Brewing has announced the release of the first in the previously reported Brewer’s Series of small batch limited edition beers.

Milkshake Lager (4.7% abv) is the first of four lagers that will be released over the next four weeks, and is described as follows:

Milkshake Lager isn’t an established style, though many other breweries have produced milkshake IPAs or milk stouts. Lactose is the primary ingredient that stands out in these brands, often tangential with the hops or malts respectively. Lactose is a sugar that yeast cannot consume, thus leaving the beer sweeter and heavier. Unconventional in that lagers aren’t primarily a body-heavy style, especially with lower temperature fermentations normally leading to a lack of heavy characteristics. A sweet lager is a goal, with moderate body but crisp finish complementary to normal lager yeast. Other ‘Milk Beers’ will add in additional ingredients like fruit puree to enhance the flavour. This beer’s sweetness was further enhanced by the addition of licorice root in the boil.

Milkshake Lager is available now at the Fenelon Falls retail store and online shop. The next three lagers in the Brewer’s Series will follow on March 17th, March 24th, and April 2nd.