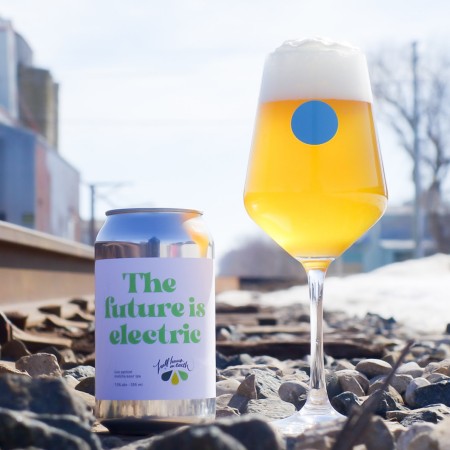 The Future is Electric (7% abv) is a sour IPA brewed with lulo fruit, apricot, and matcha tea. It’s described as follows:

This beer is bursting with bright citrus notes. The lulo fruit is often described as a combination of rhubarb and lime. Apricot brings the peach/apricot/stone fruit notes. Sabro adds a hint of coconut, and the matcha green tea displays a subtle grassiness. The perfect beer to charge you up for spring!

The Future is Electric is available now at the Half Hours on Earth brewery store and online shop while supplies last.