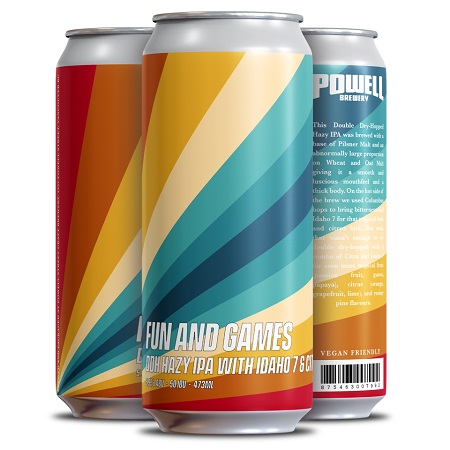 VANCOUVER, BC – Powell Brewery has announced the release of its latest limited edition ale.

This Double Dry-Hopped Hazy IPA was brewed with a base of Pilsner Malt and an abnormally large proportion of Wheat and Oat Malt, giving it a smooth luscious mouthfeel and a thick body. On the hot side of the brew we used Columbus hops to bring bitterness and Idaho 7 for that tropical fruit and citrus kick. But wait, that wasn’t enough, so we double dry-hopped with a combo of Citra and Idaho 7 for even more tropical fruit (passionfruit, guava, papaya), citrus (orange, grapefruit, lime), and resiny pine flavours.

Fun and Games will be released tomorrow (March 12th) at the Powell Brewery retail store and online shop.