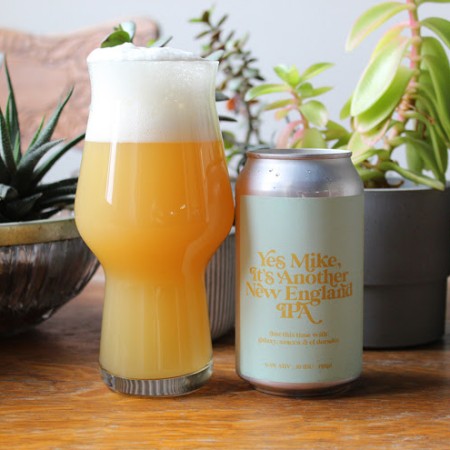 TORONTO, ON – Muddy York Brewing has announced the release of new version of a beer that takes a good-natured swipe at a member of the local beer Twitter community who is not a fan of the haze craze.

Yes Mike, It’s Another New England IPA (6.5% abv) was originally brewed last summer, and is back with a higher abv and a modified line-up of hops:

Bursting with ripe canary melon and fresh peaches, this version of Yes Mike, It’s Another New England IPA (but this time with Galaxy, Azacca & El Dorado) hits all the hallmarks and really steps it up in the fruit department. A whirlpool of juiciness from the dynamic combo of Galaxy, Azacca and El Dorado imparts oranges, mangos and some light guava as well.