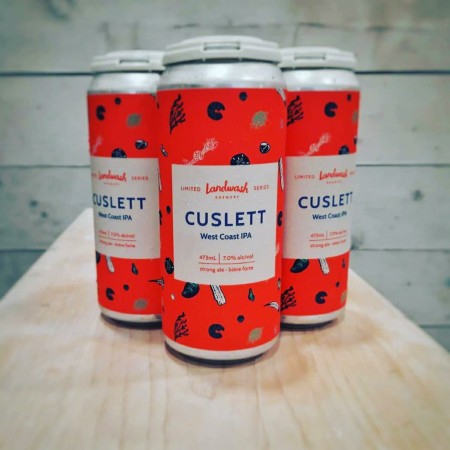 Since opening Landwash we’ve wanted to brew a throwback IPA to the more malt-balanced and bitter IPAs that were brewed back before Hazy New England juicy IPAs became the dominant style. We named this one after Cuslett, a community on the west coast of the Avalon.

Cuslett is available now at the Landwash retail shop and online store, and soon a select beer retailers in Newfoundland.