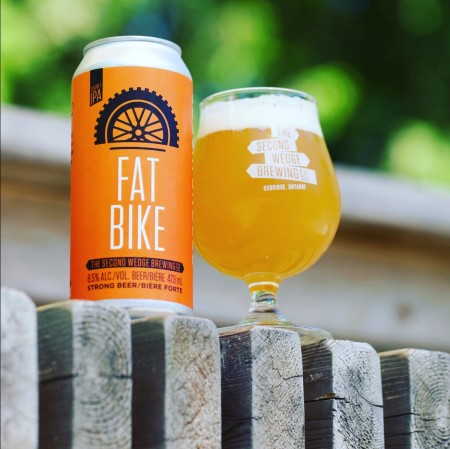 UXBRIDGE, ON – The Second Wedge Brewing has announced an LCBO release for one of its most popular seasonal ales.

Loaded with fresh, citrusy, 100% Ontario-grown Chinook and Cascade hops from Hayhoe Hops, Fat Bike double IPA drinks like a much lighter beer than its 8.5% ABV implies. (Watch out!) Smooth, with big hop aroma and a perfect juicy/bitter balance.