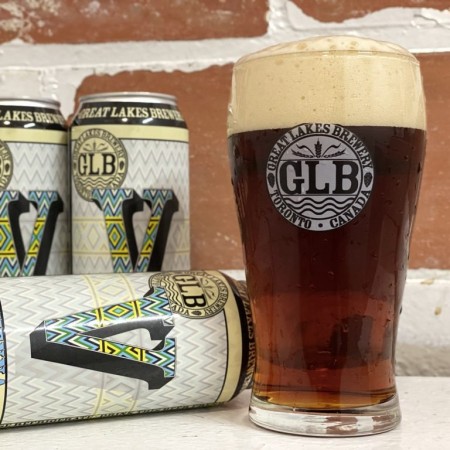 TORONTO, ON – Following a similar swap last month, Great Lakes Brewery has announced that it is retiring another of its longest running brands, and filling its core slot with a similar but improved replacement.

Red Leaf Lager has been a staple brand for 25 years, and the brewery notes that it “played a key role in the growth of Great Lakes in the early days of craft brewing. Going toe-to-toe with big brands like Rickards Red, Red Leaf filled a need for a full flavoured, clean and crisp Amber Lager that offered itself as a perfect ‘craft’ gateway beer.”

Available primarily on draught and at the GLB retail store for most of its run, Red Leaf is being phased out in favour of Vienna Lager (5% abv), which debuted in late 2019 and has gone through several batches to get it to its current and permanent form:

Pouring an amber-reddish with brilliant clarity and a tannish cap, this Vienna Lager features clean aromas of lightly toasted malts (nuttiness, toast) and subtle wood characters (dried leaf). Naturally carbonated, the medium-light bodied beer features the right touch of roasted malts (nut, tea) alongside a gentle hop presence of a spicy noble variety. The creamy mouthfeel finishes dry, yet crisp, and is a great example of the style made here in Etobicoke.