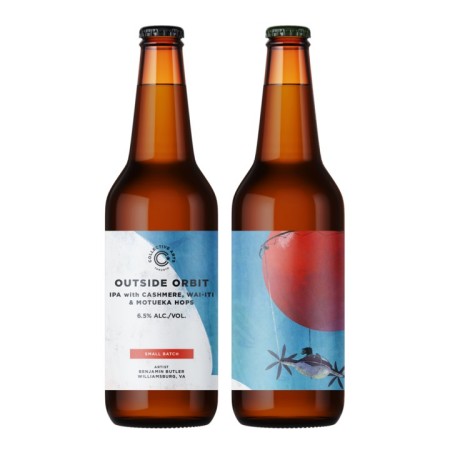 Outside Orbit IPA (6.5% abv) is described as follows:

Outside Orbit is a New England Style IPA made with a hop combo that delivers big citrus notes and a delightfully smooth finish. For this brew we combined Wai-iti and Motueka, two New Zealand hops known for their tropical fruit aromas, with the smooth bitterness of Cashmere hops. The result is a well balanced IPA with a complex depth of flavour.

Outside Orbit is available now at the Collective Arts online shop, and its brewery retail stores in Toronto and Hamilton.