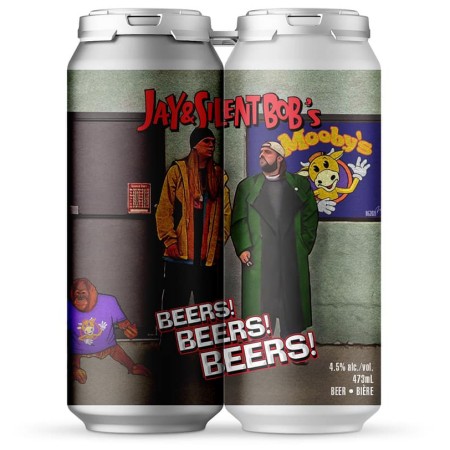 Celebrates the dynamic cinematic duo (and Silent Bob’s longtime — ahem — Mewes) in a perfectly crisp, clean and easy drinking lager for all occasions. Or, y’know, hanging out in front of the neighbourhood Quick Stop. It’s inspired by Jay’s rap from the iconic Jay and Silent Bob Strike Back entry in the View Askewniverse. 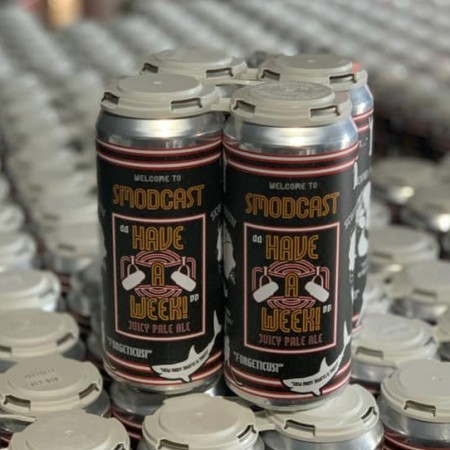 Named after the eponymous weekly podcast that features Kevin and his long-time producing partner Scott Mosier — who met right here in Vancouver while both were attending film school back in the day — the ‘Have a Week’ Juicy Pale Ale has a balanced profile that complements the papaya and citrus notes of the highlighted Mosaic hops.

Both beers can be pre-ordered now for pick-up at the Mooby’s pop-up which will be running at Dublin Calling Vancouver starting next Monday March 22nd. A limited number of cans will also be available on the same day at the Main Street retail store.