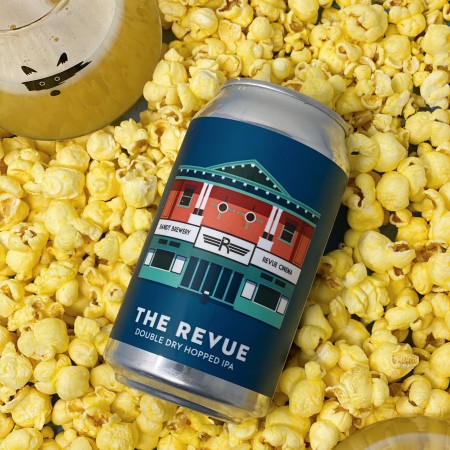 TORONTO, ON – Bandit Brewery has announced the release of a new collaboration with nearby historic movie theatre The Revue Cinema.

A Roncesvalles team up we are so excited to announce! We’ve partnered with the Revue Cinema to bring you a delicious new IPA. Double dry hopped with Enigma, Azacca and Citra hops, The Revue is bursting with tropical aromas, a nice citrusy flavour profile and a light body. Get your popcorn, the show’s about to start!

The Revue is available now at Bandit Brewery retail store and online shop., and will also be available the the Revue’s Front Door Concessions Stand for in-person sales and online orders.