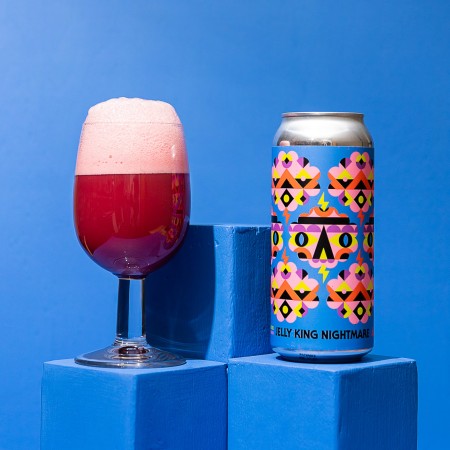 TORONTO, ON – Bellwoods Brewery has announced the latest release in the Redux Series, a label under which the brewery is “revisiting a curated selection of beers we’ve brewed in collaboration before, highlighting some favourites from the past few years, and in many cases, recreating these styles at Bellwoods for the first time.”

Jelly King Nightmare (6.3% abv) is a Sour IPA with blackberry, black currant, and lactose, and is a “reimagining” of Jelly King Daydream which was released as a collaboration with Other Half Brewing.

Regarding the name change, Bellwoods has this to say:

The etymology of the name “Nightmare” stems from the challenges we faced in our initial brewing of the Jelly King Daydream collab years ago. We dumped our first batch, learned many a valuable lesson about the high alcohol/low pH/lactose matrix, and tackled this new brew with aplomb! And it’s the bomb.

Jelly King Nightmare is available now at both Bellwoods retail stores and the brewery’s online shop while supplies last.