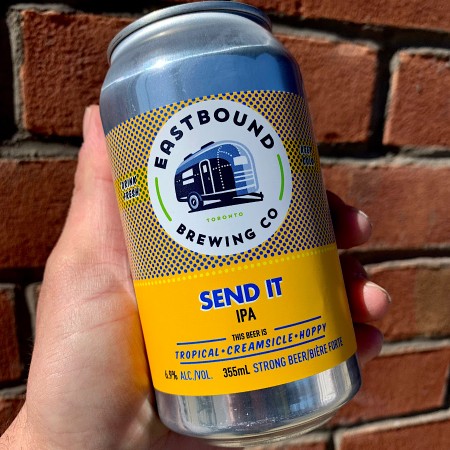 TORONTO, ON – Eastbound Brewing has announced the release of a new and “confoundingly juicy” IPA.

On a pillowy base of Golden Promise malts and a heavy addition of flaked oats, is an intense hopping regimen of Simcoe and Cryo-Cashmere. With one of our highest dry-hopping rates to date, Send It has massive aromatics of orange and tropical fruit. This follows through on the sip as that orange sweetens into something reminiscent of a creamsicle, with underlying notes of pineapple. The body is perfectly round with gentle carbonation, and is endlessly creamy and soft right through the finish.

Send It is available now at the Eastbound Brewing retail store and online shop.