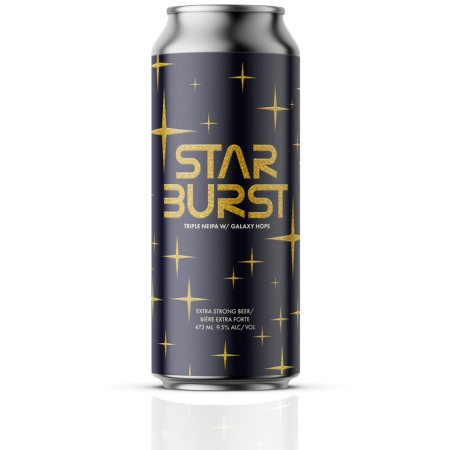 CALGARY, AB – Cabin Brewing has announced the return of a beer that was described at the time of its original release as the brewery’s “biggest, juiciest, most flavourful New England IPA to date.”

Starburst weighs in at a highly illogical 9.5%, but floats on your tongue like a regular haze bomb. The thickness of the body will send your tongue into zero gravity and the hop bill of 100% Galaxy hops will send your taste buds into orbit. It radiates passionfruit, cantaloupe, lychee, and candied orange and continues to transmit wave after wave of aromas towards your nose, even once the glass is empty.

Starburst can be ordered now via the Cabin online shop, and will be available today (March 23rd) at 3:00 PM in the brewery taproom and retail store.